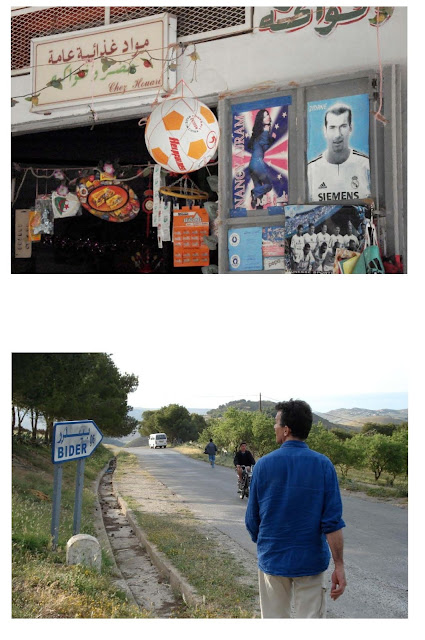 We are in Algeria. Over the image of a deserted cemetery, we hear a woman's voice, soft and trembling. She recalls a painful childhood event in France, an event like a nightmare, which her brother Omar freed her from at the time. No sooner has she named him that the sea cornes into view, with the tiny shape of a ferry in the distance. On deck is a man, Omar. He looks at the horizon and seems to hear her voice. His sister "called" him, he is coming, and she knows that he'll free her again.
Omar, in his fifties, sets foot again on Algerian soil after a very long absence. In the Oran harbour, where everything seems familiar yet foreign, a young girl cornes up to him. She has recognized Omar. He hardly has time to catch sight of her that she has vanished.
Out oftown, a path seems set for him, and it is windy. Omar walks on foot and without luggage. He loses himself between reality and myth in Algerian landscapes that bring back no memories. His approach sets off clouds ofbrisk coloured insects as big as birds. Even animals watch him coming. But in the bright and lush wildemess, which seems virginal, the past of the country lies heavily. The Algerian land greets her son and breathes dreams into him. Like a woman, a mother, she unveils herself to him:
"Look at these children l raised and fed, look at these trees, these fields, these hills which saw you born, look at these dead that l carry. There are many young men among them. You had disappeared and l dreamt of your dressed as a partisan like them. Look at this barbed wire the army spread over the land of your ancestors, forcing them into exile. Look at this child driven mad by the explosion of an antipersonnel mine. Look at these peaceful animaIs and go towards the encounters that l offer you ... "
This strange joumey will lead Omar to a paradoxical meeting with a country he hardly knows and to intimate reunions.
As if stepping out of a tale, Amina, the young girl from the harbour, reappears here and there, superimposed as an image over the red earth. She is his guide and his protection. Times mingle. Omar gets lost, lets go, finds the trace of Emir Abdelkader's horsemen, and of General Lyautey; he walks through hills where Algerian fighters died during the war of Independence. On the docks of a harbour, he is mistaken for an emigrant trying to stowaway aboard a cargo ship to escape Algeria at ail cost.
His sister's voice accompanies him, dropping words along the way that tell the homesickness of the country she lost - France. Omar walks the land of his birth as if in a waking dream. He is told about a country emptied of its men, of ail those who were eaten by France. Omar will have to let himself be carried away, be un-spelled from that curse that ail exiles hold within them. Seeing him at a loss, an old wise man will take him un der his protection in a zawiya, and the spirit of a marabout will free him from that illness which the sheik calls "father-sickness." It is only after many twists and tums that Omar genuinely discovers his connection with fellow humans and the warmth of his own. He finds his sister again, his father, and an uncle and cousins. Ali will be reunited in the little Sidi Amar cemetery next to Wadi Kiss - the same that we saw at the beginning of the film, but now crowded with myriads of children, men, women, horses, musicians, and filled with food to celebrate the union of the dead and the living.
His horse loaded and shackled aboard the back of a pickup truck, a patriarch leaves for exile. He gazes one last time at the hills, the fields, and sees two children as if out of a folktale, chanting a poem, an ode to earth: We have been kneaded together and we separated ...

An unexpected retum of history will complete the meaning of  that joumey. 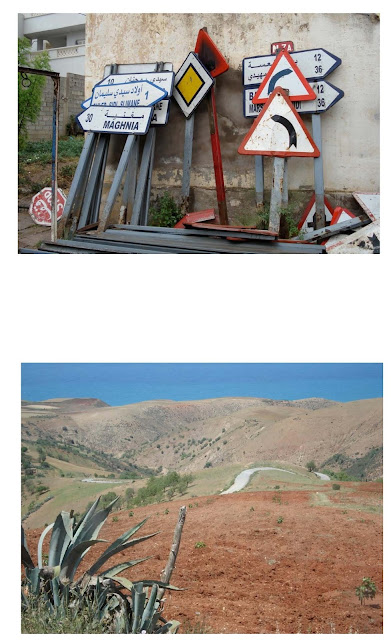 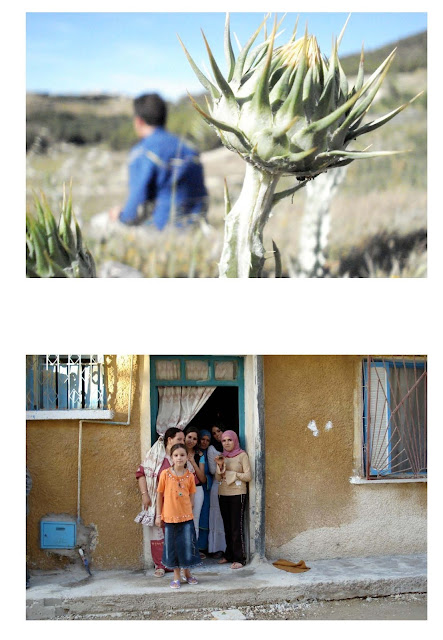